ACTIVE Particle Control (APC) is based on the same particle-control technology used in semiconductor manufacturing cleanrooms, some of the most rigorously clean environments on the planet. APC has also been deployed in hospital operating rooms, greatly reducing infection rates. Now, this same advanced air purification technology is providing families with the safest, healthiest, and cleanest indoor air possible.

Research has shown that some of the smallest airborne particles can also be the most harmful. Viruses, bacteria, and VOCs are on that list. Yet the smallest particles are also the least susceptible to airflow and, due to electrostatic forces remain suspended in the air, nearly unaffected by air currents.

The EOS Portable Air Purification System consists of the ACTIVE Particle Control Technology System, a replaceable SecureAire filter cartridge, a quiet and powerful fan, and a variable-speed controller. This complete system can deliver up to 600 cubic feet per minute of particle-free air, enough to purify a room as large as 1000 square feet.

The EOS System utilizes all three of the essential components necessary for the highest indoor air quality:

2. Optimized Air Change Rate: With particle coagulation and a quiet yet powerful fan, the EOS brings particles back to the filter for Inactivation and elimination.

3. High Efficiency Filtration: Through innovative use of positive and negative charges on particles and oxidative stress, the EOS filter cartridge safely inactivates and kills 99% of all captured pathogens. 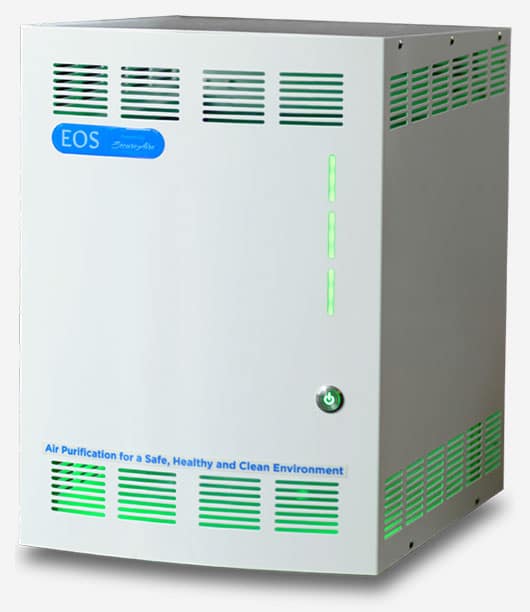 Due to electrostatic forces, the smallest particles remain suspended in air and are not very susceptible to airflow movement. But SecureAire’s Conditioning and Collision process helps to transform small particles/pathogens into larger clusters that now have enough weight to be carried by air currents.

The 4-Step process never stops. The smallest particles that escape capture are again electrically conditioned and propelled back into the treated space to further collect pathogens, TVOCs, gases, odors, bacteria, viruses, and other harmful airborne particles. 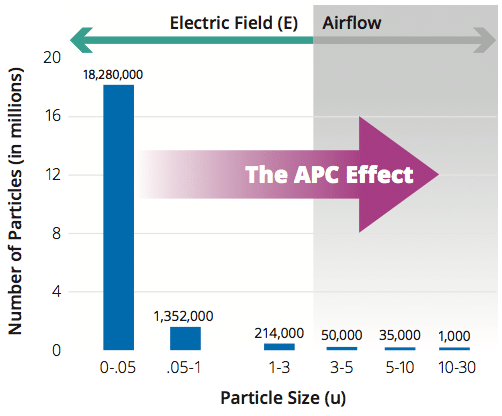