Indoor Air Quality has become one of the top concerns for building owners, occupants, and visitors. At SecureAire our mission is to provide state-of-the-art technologies to help reduce or eliminate all unfriendly airborne contaminants from Indoor Air.

ACTIVE Particle Control (APC) is based on the same particle- control technology used in semiconductor manufacturing cleanrooms, some of the most rigorously clean environments on the planet. APC has also been deployed in hospital operating rooms, greatly reducing infection rates. Now, this same advanced air purification technology is providing families with the safest, healthiest, and cleanest indoor air possible.

Research has shown that some of the smallest airborne particles can also be the most harmful. Viruses, bacteria, and VOCs are on that list. Yet the smallest particles are also the least susceptible to air ow and, due to electrostatic forces remain suspended in the air, nearly unaffected by air currents.

The ACS Modular Air Purification System consists of the ACTIVE Particle Control Technology System, a replaceable SecureAire filter cartridge, which is augmented by the buildings fan systems. This complete system can deliver up to a continuous 8,000 cubic feet per minute of particle-free air.

The ACS Modular Systems utilize all three of the essential components necessary for the highest indoor air quality: 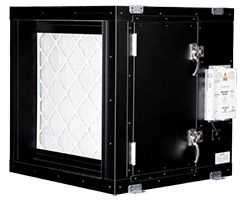 The 4-Step process never stops.
The smallest particles that escape capture are again electrically conditioned and propelled back into the treated space to further collect pathogens, TVOCs, gases, odors, bacteria, viruses, and other harmful airborne particles. 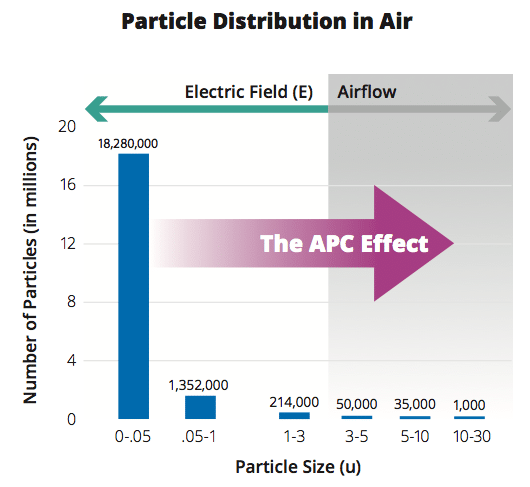